A short history of a truly unique train

A story of the royal visit that started it all, and the burning ambition that pushed it into reality. 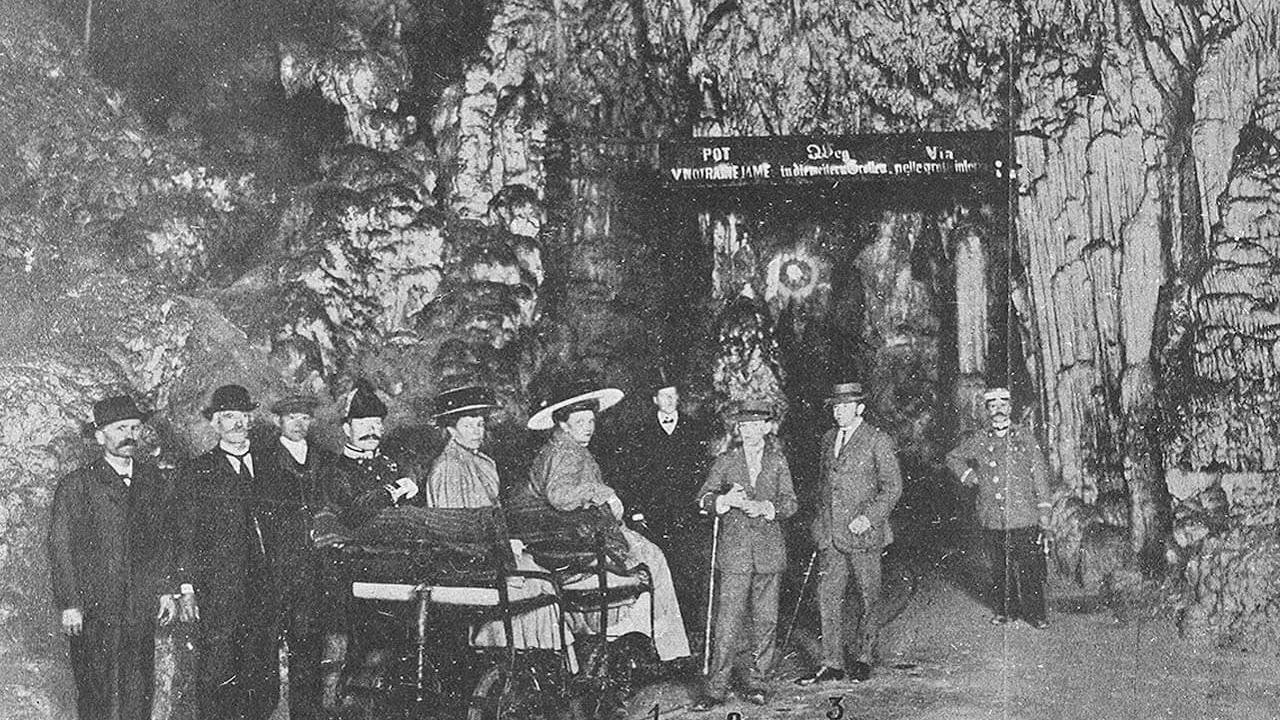 The first railway in an underground cave

After setting up Postojna Cave as a show cave in 1819, a suitable solution that would make the arduous and long cave tour by torchlight easier for visitors was sought for decades. As early as 1853, Schmidl was surprised that there were no riding animals in the cave, no donkeys or ponies to ride on.

On March 11 in 1857, when the Southern Railway Vienna – Trieste was launched, sedan chairs were set up for the imperial couple Franz Joseph and Elizabeth, who visited the Postojna Cave at the time.

Postojna Cave is a horizontal cave, which made it possible to set up the first documented railway in an underground cave (official opening being June 16 in 1872). How did it work? It was moved by the cave guides, who pulled two carriages called Phaetons (each carrying four visitors) around the cave. 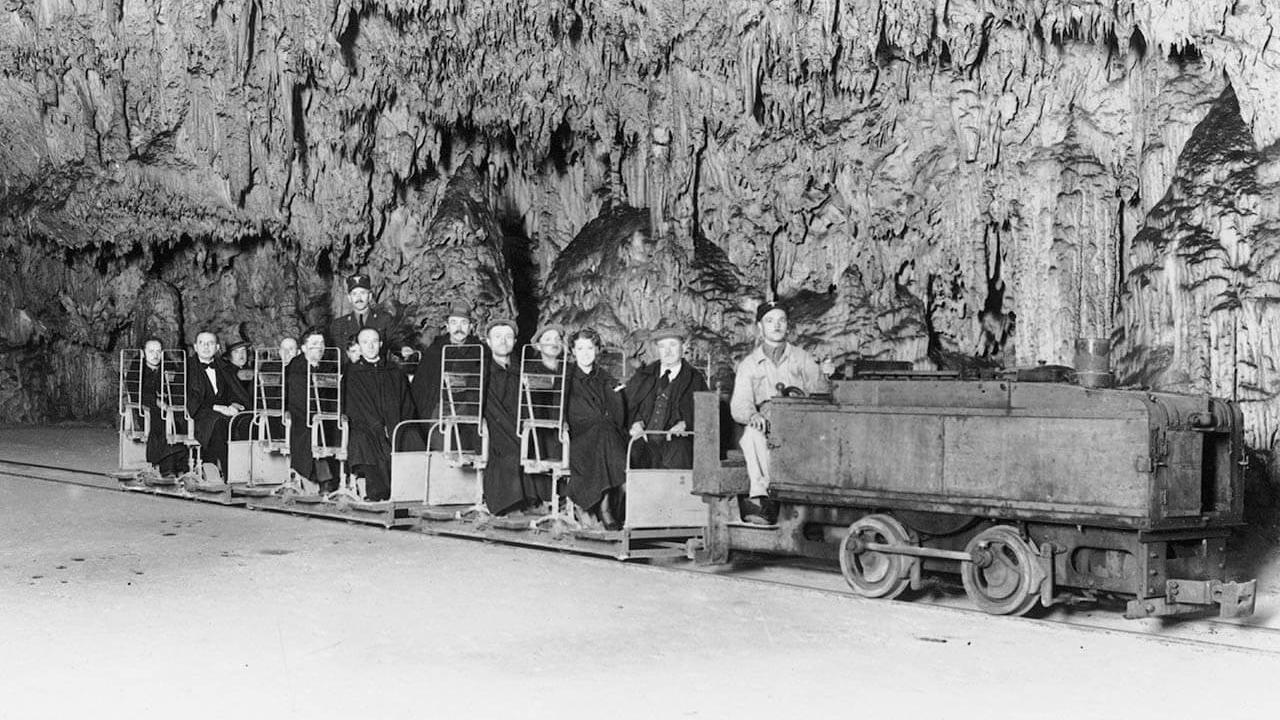 Development of tourism began when the district governor Dr Anton Globočnik von Sorodolski took over as the Chairman of the Cave Commission. Footpaths around the cave were set up and so was the railway foundation. The work on laying tracks, which were 1,534 metres in length and had a track gauge of 620 mm, started in March 1872, was supervised by the road master Gregor Oblak and took three months to complete. On 16 June 1872, the first railway started running from the speleothem called Prižnica (Pulpit) in the Great Dome to the foot of the Great Mountain. This would have been impossible to do if the cave was not almost horizontal. 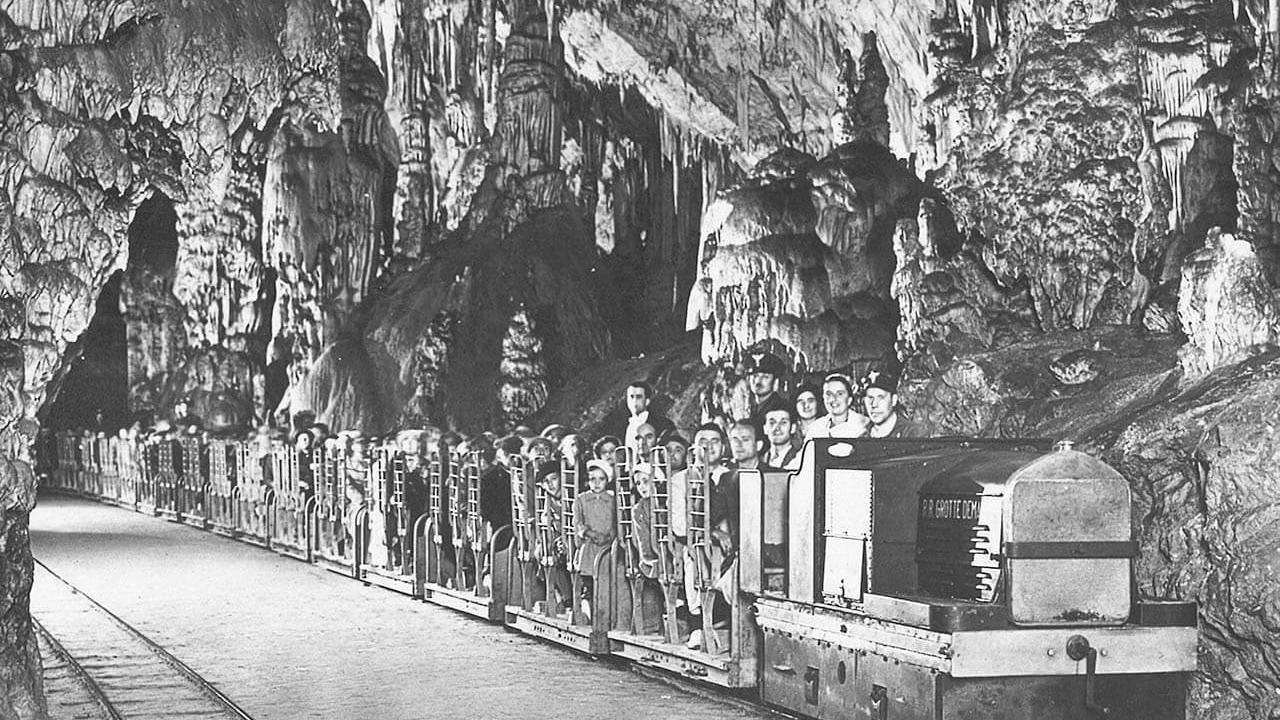 After World War I, Postojna Cave became a territory within the Kingdom of Italy. A lot of attention was devoted to its development and so in 1923 the railway line was completely renovated and extended. Visitors were now moving around the cave by a gasoline – powered locomotive. The first one was called Montania 803. It was a mine locomotive and was built to pull 20 passengers. 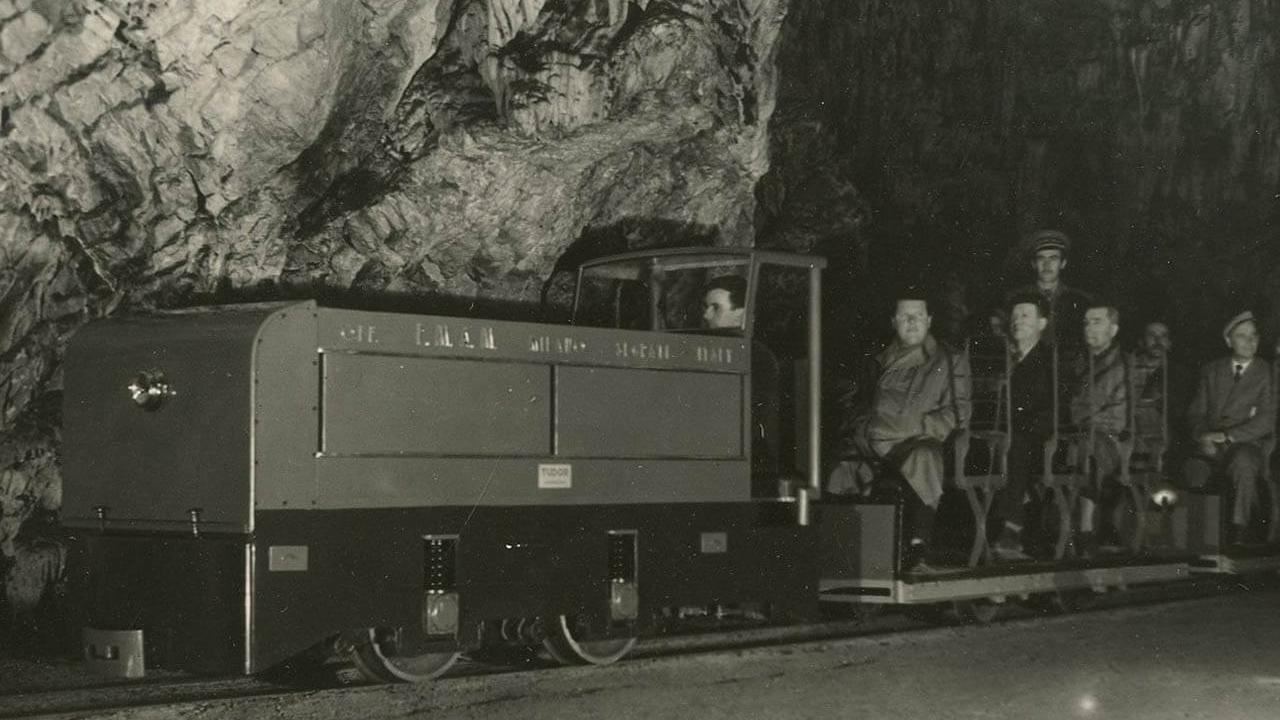 The number of cave visitors was rapidly increasing, and so the cave’s management soon purchased another gasoline-powered locomotive. This time it was called Montania S 10 no. 2044 and it far better than the one before. It had 25 carriages with 6 seats each and so it became possible for up to 150 visitors to be taken on the tour at once.

This specific locomotive was used until 1957 and is still on display at the Postojna Cave exhibition pavilion. 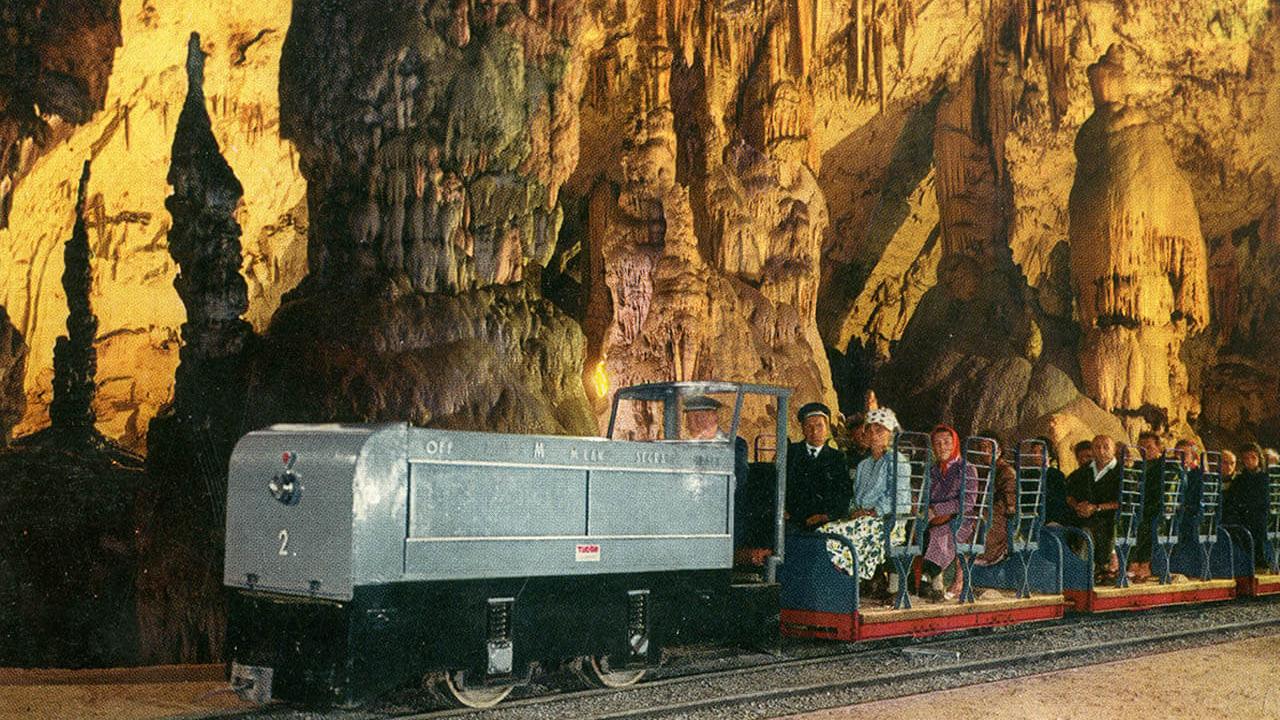 The Kingdom of Italy did a good job promoting Postojna Cave and so many more people wanted to see this popular attraction! And so, a third locomotive was needed. In 1926, the locomotive CEMSA 20 G No. 20-779 was purchased in Milan and was soon put to good use.

After World War II, Postojna Cave became part of the Free Territory of Trieste and later Yugoslavia. Over time, the gasoline-powered locomotives became outdated as visitors were becoming annoyed by their noise and exhaust fumes. Finally in 1956, the cave management purchased two battery-powered electric locomotives. They were soon proven to be reliable, so the management kept purchasing new ones until they owned a total of twelve. The last two were purchased in 1988. In 2013, an asynchronous motor was installed into locomotive No. 3 - this type of motor charges batteries during braking as well.

The cave railway after 1964

Only three trains could run on the single-track railway at the same time. This caused  a serious problem, because only 2,100 visitors could visit the cave on a daily basis. The demand was much higher. Therefore, the decision was made to build a circular line. The first phase was completed in 1964 and the second one in 1967. 422 meters of the tunnel was excavated out of bedrock and a loop was made. A 19.4-metre long bridge was also constructed across the side passage inside the Small Caves. In the winter of 1969/70, a new, more suitable train depot was built and the exit platform was set up in 1979.

A new bridge with a railway track was constructed above the original footpath leading into the cave. And in April 2015, the boarding platform behind the Jamski Dvorec Mansion was completely renovated.