"Here is a new world, here is a paradise," Luka Čeč shouted out from the top of a tall rock wall above a subterranean river in Postojna Cave, after he had gone missing for a while. 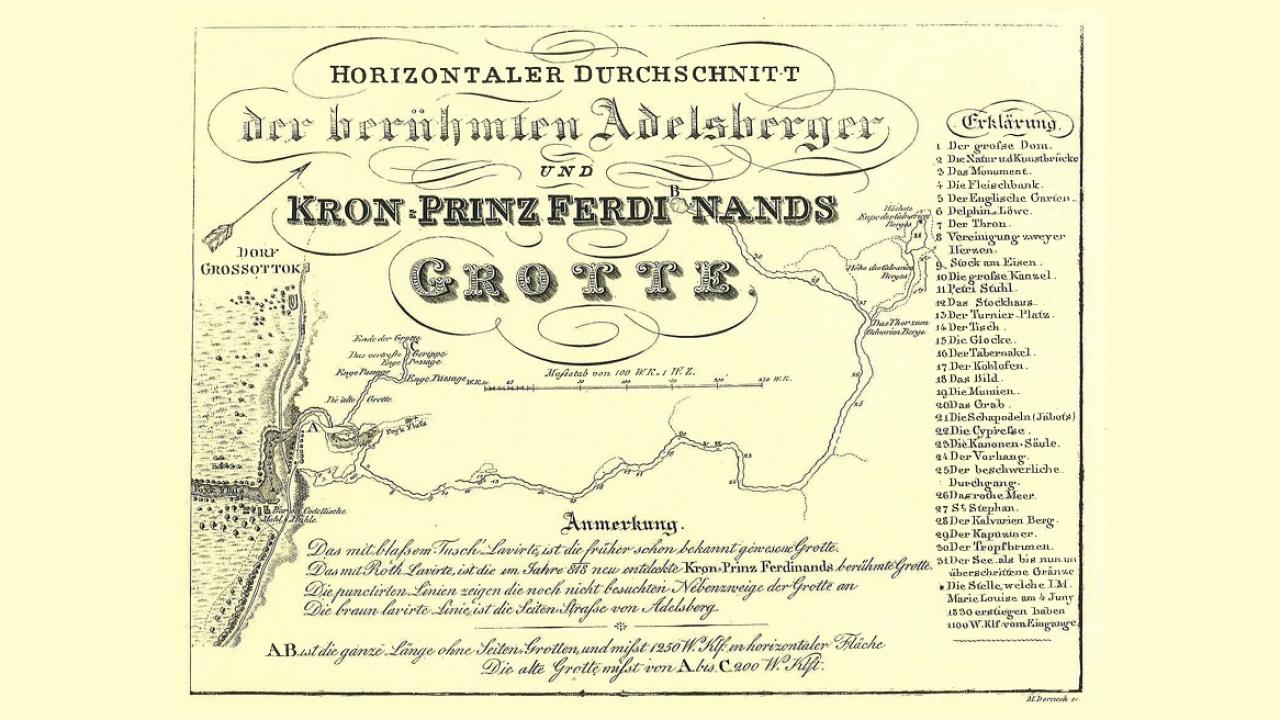 A must-see that triggered the discovery

In April 1818, Postojna Cave was in preparation for a grand visit from Emperor Francis I and Empress Caroline Augusta. At that time, people were only familiar with a few hundred metres of the cave closest to the entrance, however, the cave's splendours were known far and wide. The empress mother wished to see the cave and the Emperor and his wife decided to stop in Postojna Cave on their way to Dalmatia. 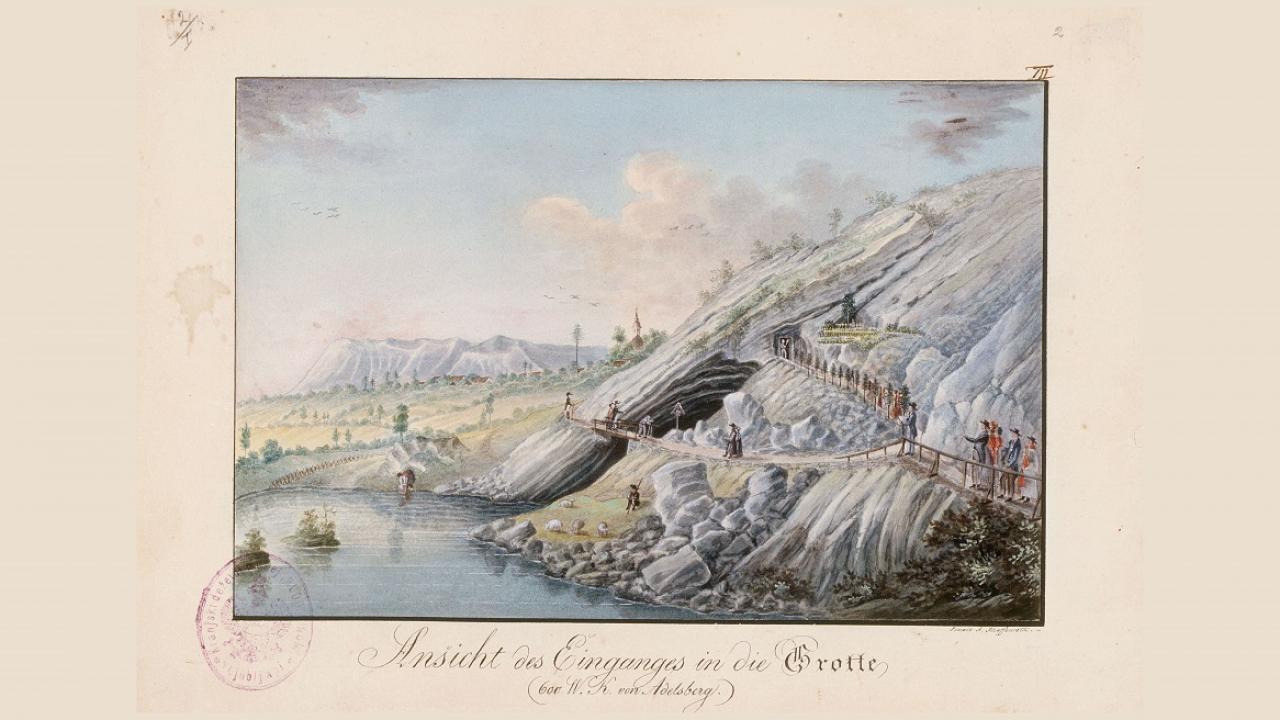 A few days before the visit, the cave keepers were on tenterhooks and had their hands full getting everything ready. To give the Emperor an unforgettable reception, they decided to set up a pyramid with a welcome sign on the large rocks above the underground river, hoping to mesmerise and wow the Emperor. But by coincidence something happened while they were hanging the sign that resulted in the whole world being wowed by the cave for 200 years now.

In order to set up the large sign, a big ladder was laid across the river with a board on top of it and then a brave lamplighter Luka Čeč made his way across the improvised bridge with a lamp in his hand. While others were busy doing their own work, Čeč started climbing up the rocks on the other side of the river, climbed to the top, putting his life in danger while doing so. On the top, he called out to his colleagues, waved, then continued "into the rock", eventually disappearing as the darkness swallowed up the feeble light emitted by his lamp.

"We saw him standing up there, saw him going further, and could see the glow of his lamp for a while longer. We waited for a good half an hour for this daring man to come back, terribly worried about him, thinking that he must have had an accident." This is how the events that took place on 19 December 1823 were described by Čeč's supervisor, Jakob Vidmar. 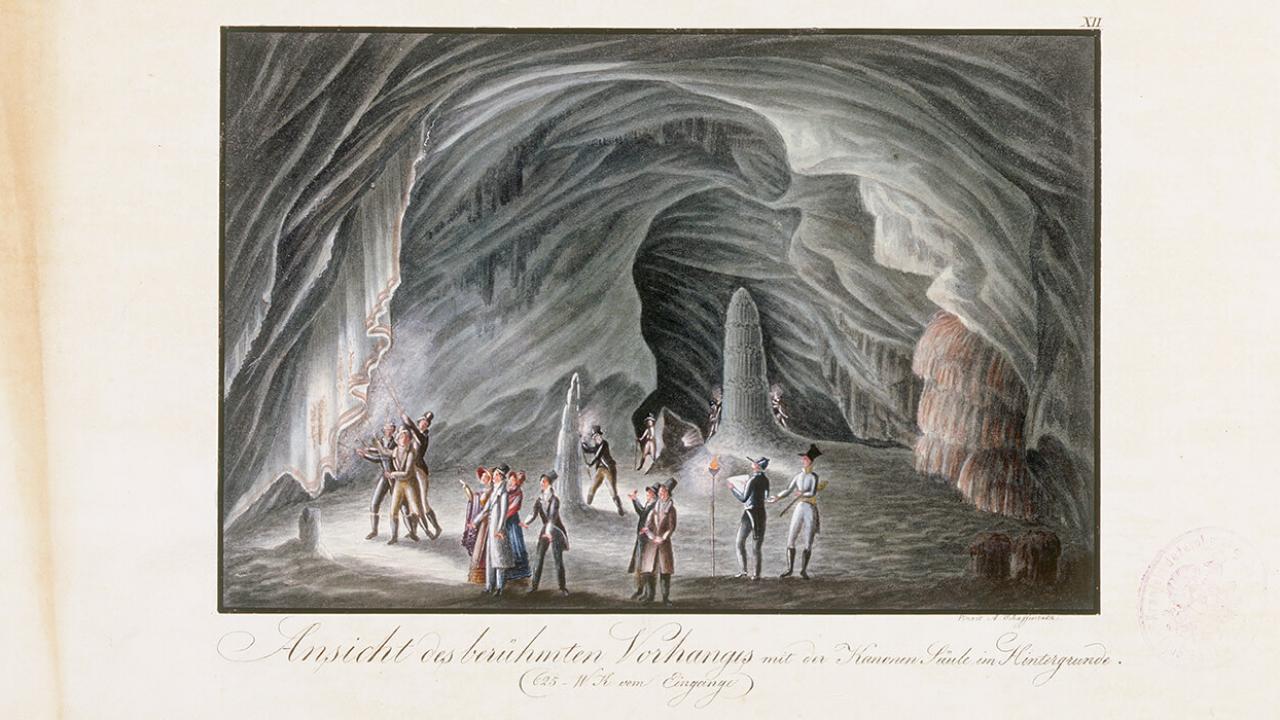 Convinced that something had happened to Čeč in the cave, they could hardly believe their eyes when they, after a very long time, caught sight of a glow coming from a lamp and Čeč, who appeared on the rocks. Čeč shouted out the words that went down in history "Here is a new world, here is paradise" and quickly made his way down the rocks to tell them all about his new discovery, the new cave. He had gone far into the cave, but could not reach its end. To find his way back, he laid broken stalactites and stalagmites on the floor to show him the way back with their tips. 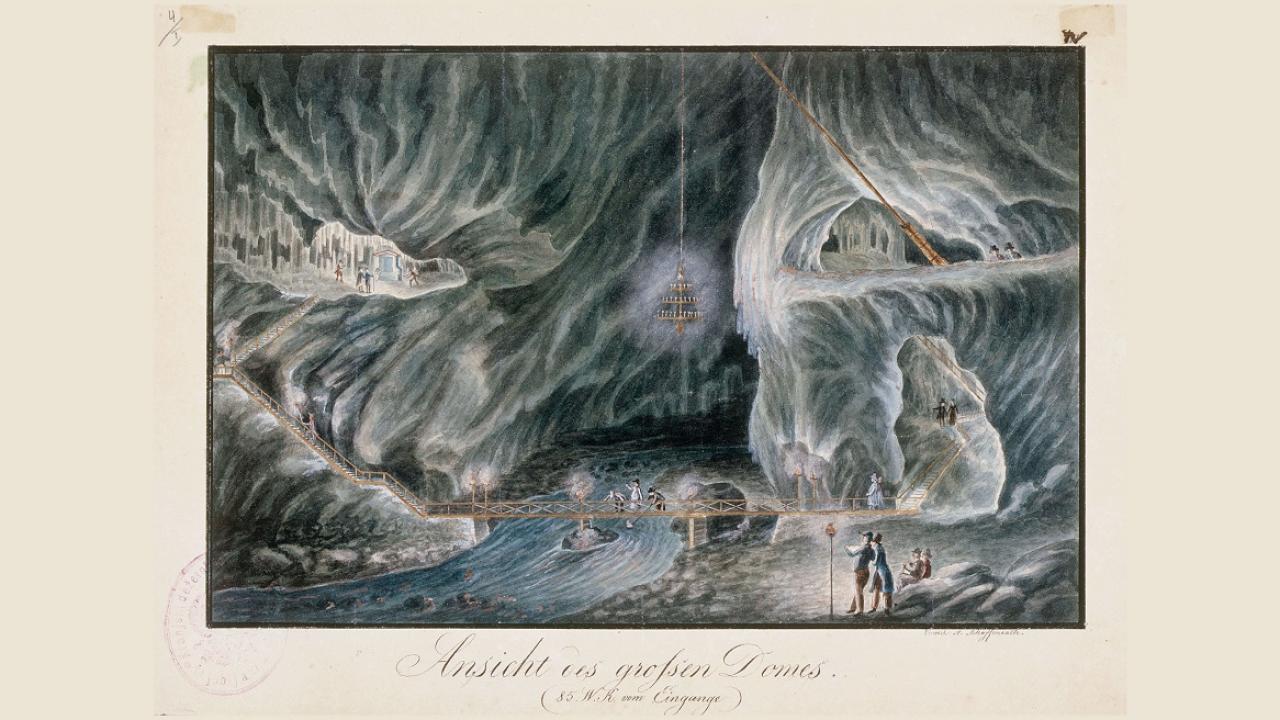 Luka Čeč's discovery did not put a lid on the stories of the great Postojna Cave – on the contrary, it actually resulted in even more of them. And all of them were "wow", stories about the train, the electricity and the incredible animal world, the baby dragons.

Čeč's "broken stalactites and stalagmites" have been replaced by the footpaths which cave visitors have been walking on since 1819, when the cave was opened to tourism. Although the fact that it was Čeč who had discovered the new cave parts was initially kept secret, it was in 1823 revealed that Čeč had been the brave man who had ventured into the unknown all on his own. However, the 24-kilometre long cave system, which makes up Europe's longest show cave, is far from the only thing that Čeč discovered. He made another discovery – a tiny, slender-necked, yet equally important one.