"I was here and this proves it." The best way to let other people know about it is to post a photo on social media right away. How about in the 19th century – what did people do back then? They wrote postcards, of course. For this reason, the world's first underground post office was opened in Postojna Cave in 1899. 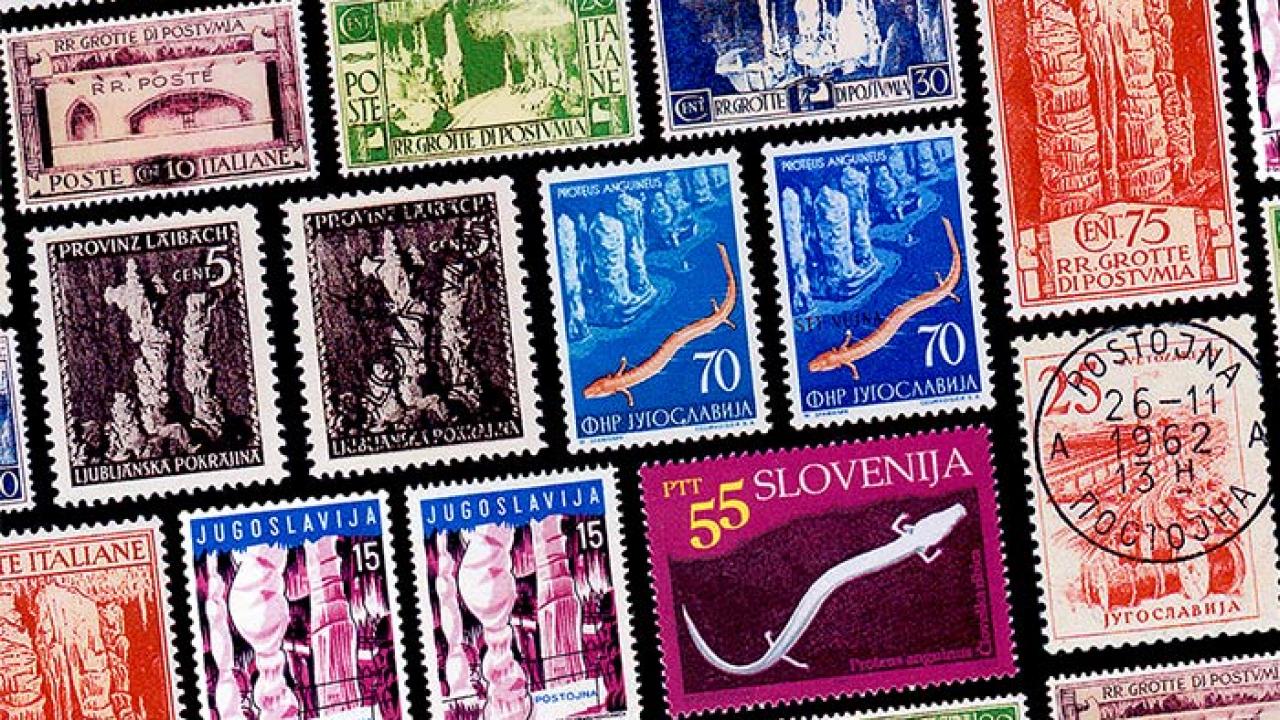 The first cave post office opened its doors in 1899

The first cave post office in the world was opened eighty years after discovering the most beautiful parts of Postojna Cave. It opened its door to cave visitors in 1899, at a time when postcards were all the rage.

The underground post office catered only to cave visitors and the guests at special events, the so-called Cave Holidays in the famous Dance Hall. Right on the edge of the Dance Hall, about 500 metres from the entrance to the cave, was a small stone post office (4 x 2 metres in size) with a door and a window opening, where visitors could buy and send postcards. Since Slovenia was at the time part of the Austro-Hungarian Empire, the post office was Austrian. 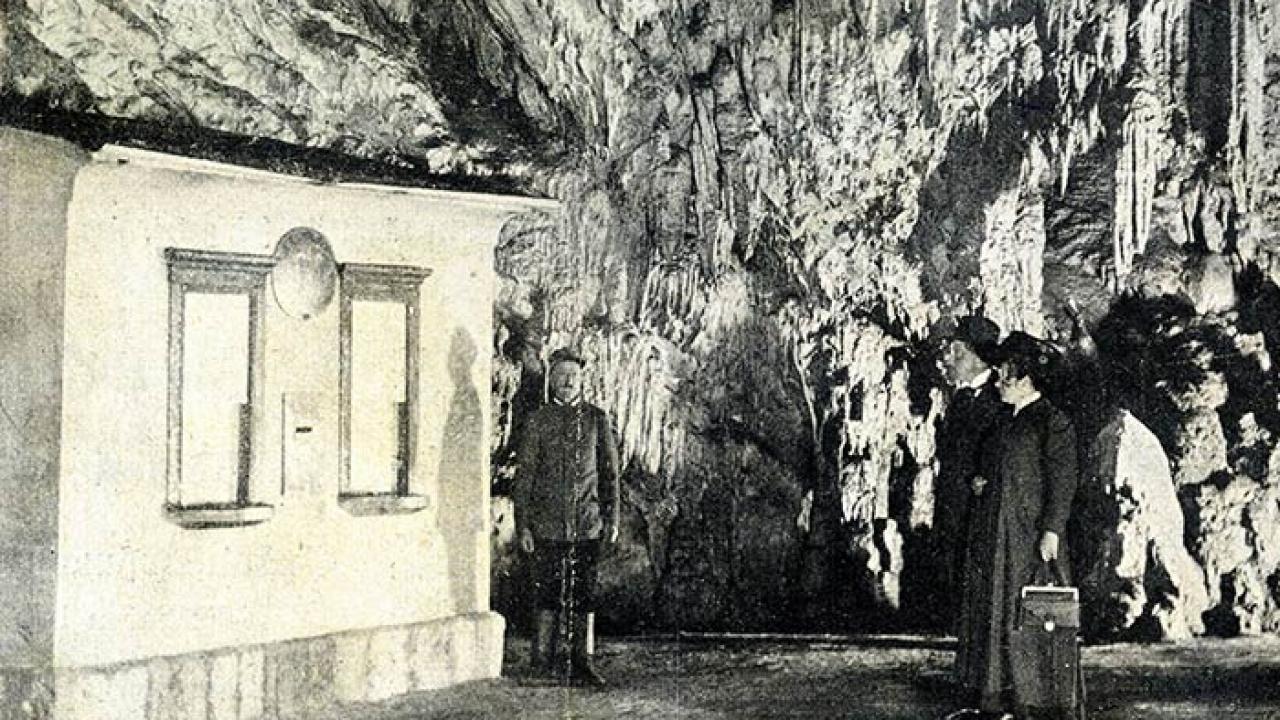 The post office was always open on Whit Monday, as well as on other days of the year, but not necessarily every day. The fact that the post office was a must-see part of the Postojna Cave tour speaks volumes about how important sending postcard was at the time. On their way to the inside of the cave and back, cave trains would (during a certain period in the past) stop right in the Dance Hall, near the post office, so visitors could buy and send the cave postcards.

The number of postcards posted in 1900 amounted to 7,000, while four years later, on Whit Monday, no fewer than 13,800 postcards were sold in a mere three hours, each with a special postmark. Imagine the same number of selfies posted on Instagram in a single day! 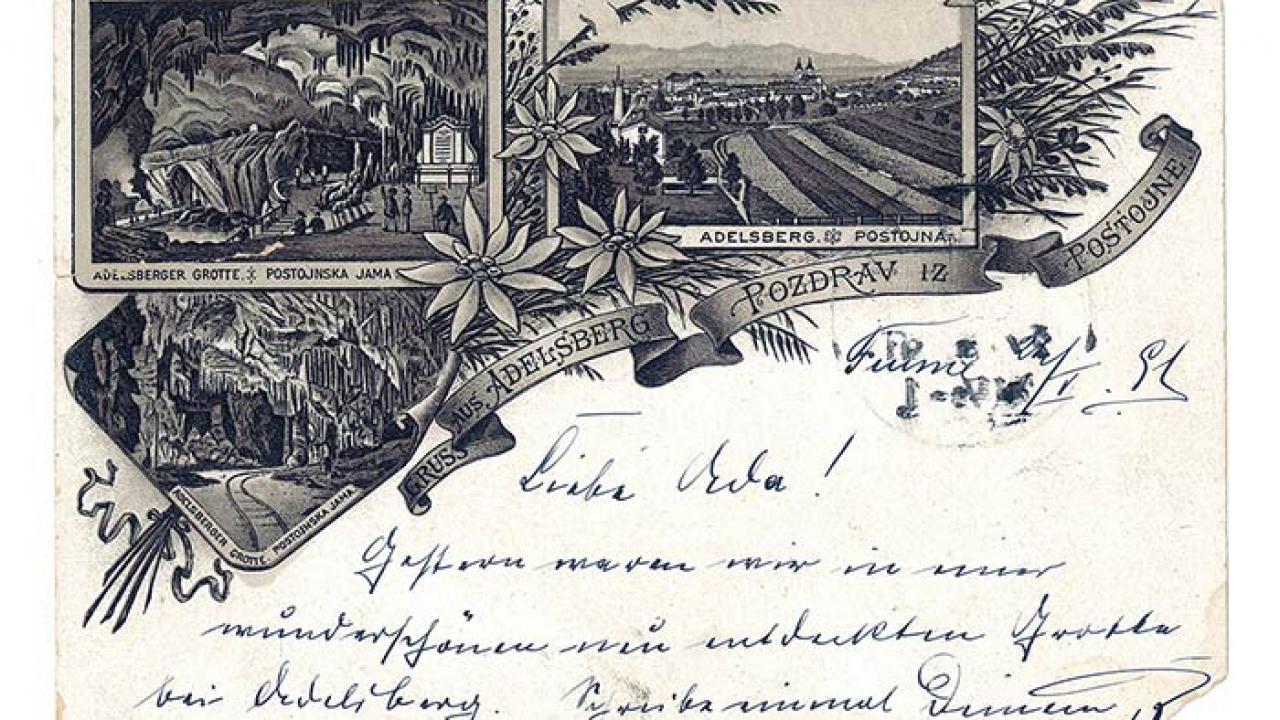 The very first postcard was made in Germany in the 1870s and the first cave postcard in 1890. In May 1891, it was posted from Rijeka to Vienna.

Over the years and in line with visitors' demand, the cave post office evolved. In 1924, it was renovated, and chairs and benches with umbrellas to protect visitors from dripping after heavy rains were set up in front of it. In 1927, another cave post office was opened – in the Concert Hall, where there was also a mailbox and tables with glass umbrellas, while the old post office was gradually used less and less, and eventually stopped operating. 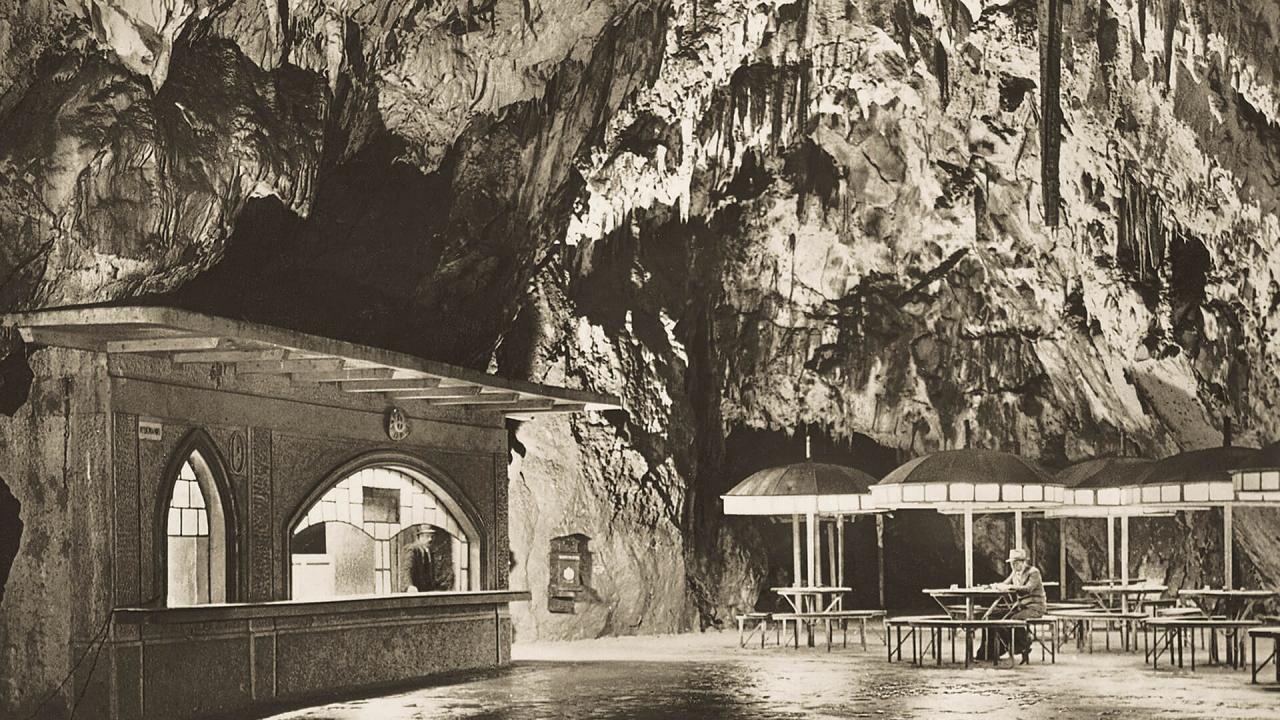 At this post office, 90,000 postcards were posted at Whitsun, and since Postojna was at the time part of the Italian territory, the post office was Italian.

Memories of the past …

A Slovenian cave post office is still operating in Postojna Cave's Concert Hall, where visitors can post special postcards with a cave postmark. In 2013, Austria and Slovenia commemorated the opening of the original post office with special stamps.

Postcards in the era of selfies

In the era of smartphones, postcards acquired a new meaning – instead of the old "I was here and this proves it", they now serve as a nice memory of bygone times, each carrying a bit of romance and nostalgia. That is why true hipsters take selfies while writing postcards. 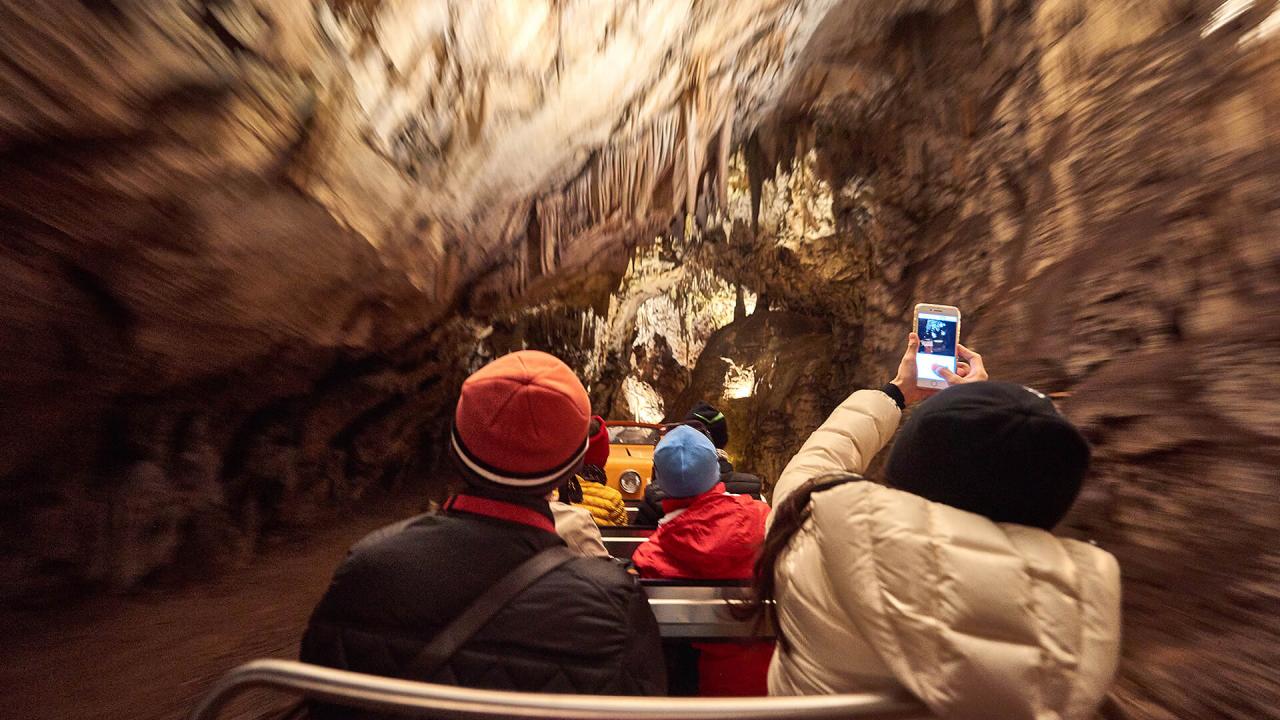